Early October to Mid November 2017: for years I have been working for skateboarding in Africa continent as an activist. Since 2011 I have partnered in more than 50 local and international skateboarding programs in African continent; from local Game of Skates, Organized Skate Tour, Flat Ground Leagues as well as the famous African Street Skateboarding Championships by the World Skateboarding Federation.

Some my say, I am successful skateboarder! Well am not and all these success I just bragged are not mine; since 2012 there has been many people whom I worked with; Usama Ahmed is one of the top person in all these skateboarding Magazine. With other genuine skateboarding activists in Africa; Doyen Marshall (Zambia), Sedrick Kidiima(Uganda and Kenya), Ali Tamara(Morocco), Jesse Mendes(Angola) and all skateboarders we met in 2015 during the first African Street Skateboarding Championships we pushed further the scene by collaborative started the Africa Skateboarding Diary.

Africa Skateboarding Diary is a voluntary skateboarding magazine in Africa that features and publish everything about skateboarding in Africa as it happens without any discrimination; we have been covering news as they happen from Addis Ababa to Cape Town, Dar es salaam to Luanda. The idea is to engaging online through social media and share the contents that we have linked with African skateboarders from more than 16 African Countries.

Well so Why was I in Ghana? Probably you have got the glimpse of the reason.

The Christian Skaters Africa, among sister program and division from Christian International contacted me about the opportunity to be there in Ghana! I could not deny the opportunity so I grabbed and by November 7th 2017 I had my flight details covered fully.

December 13th to 18th: On the night of Wednesday 13th December I could not sleep for my flight to Ghana was earlier the following Day! I could not take the risk to close the eyes and sleep; well that’s what I can lie… I was just too excited and my adrenaline kept me awake. Went to the Airport at night and stopped at a restaurant with a friend for a Big Chocolate Pizza and Wings!

On the morning of Thursday 14th I took off to Ghana with Ethiopian Airlines, the hospitality was above an A grade. Stopped for 1 hour at Addis Ababa so I breathed in the Air in the Political City of Africa. And then we finally touched down in Accra at 11:10 am local time.

Am I being selfish? Well so I did not tell you! I met Kelvin from Kenya! We were on the same flight from Addis Ababa.

Kelvin is one of the furious skateboarder, well he has been skateboarding for 4 years! He is the best leading skateboarder in Kenya. He won couple of events there and had offers to work with various companies. So when we were in Cameroon; above 80000ft on air we sat together and discussed about skateboarding opportunities for African.

Honestly our ideas stand out that; economy is the biggest challenge! We cannot expect big skateboarding firms into our countries while we ourselves are not sure on buying the products. It’s practical on other hand to start projecting on releasing our own brands and build our scene well.

Our lives in Ghana were filled with prayers and we lived as one strong family. We both woke up early and prepare breakfast, shared breakfast and later we did devotional and prayers.

These two days did flew like a flash! However on Saturday afternoon we had a Christian skaters Ghana event which were hosted at Trade Fair, a local spot and I have few picture of the day!

The program summit with All Ability Sports had a fruitful climax. Fenie, a brother to Chris led the program with fellows from Togo, Senegal, Ghana and Ivory Coasts. And moreover we had Red from Christian Surfers Africa who also had a great role in the program. This visit led into the start of Ghana Christian Skaters Community under Phillip, local skater and a Visionary leader.

Below is A Small Gallery We Prepared! 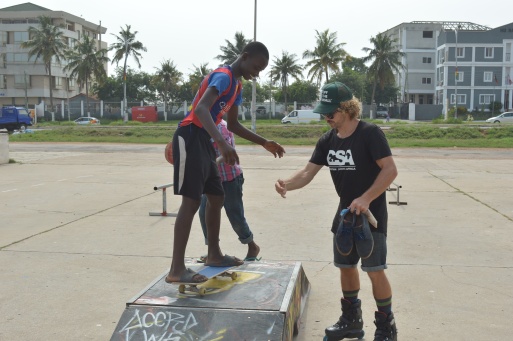 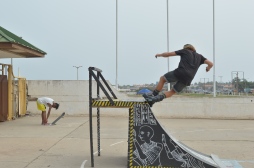 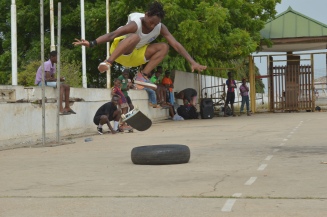 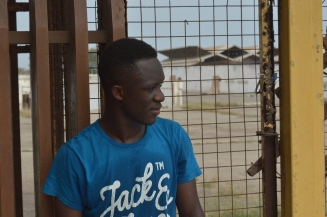 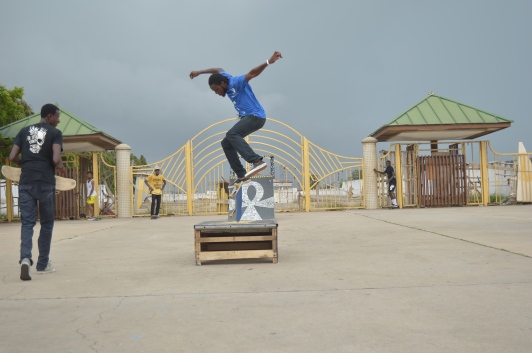 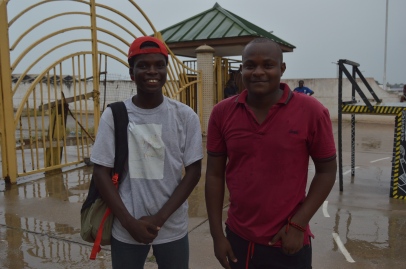 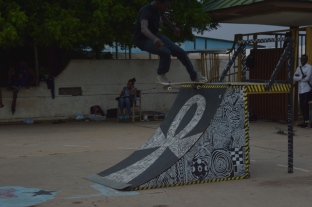 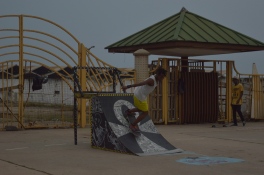 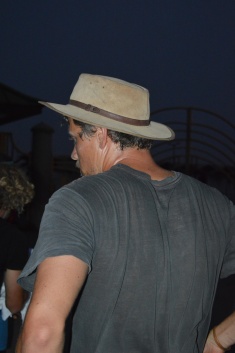 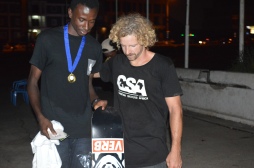 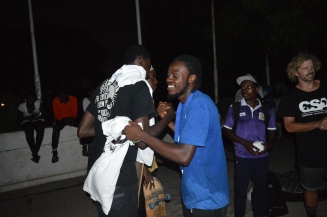 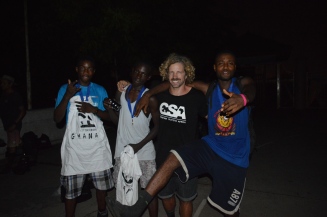