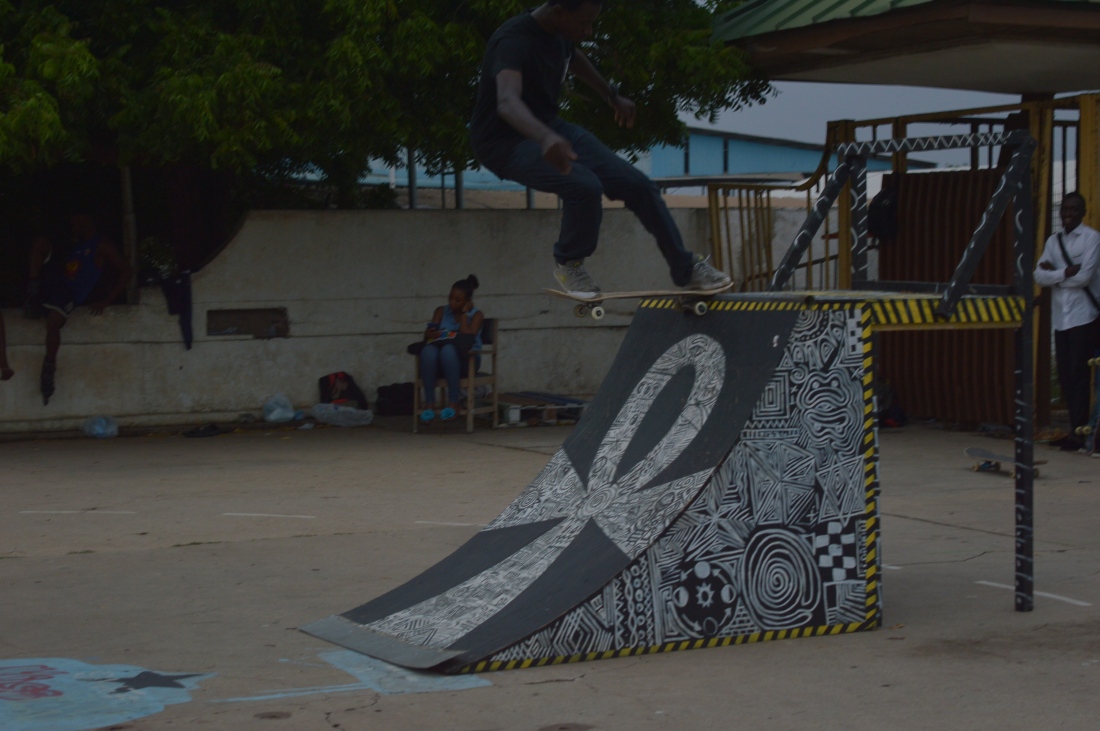 Road to TOKYO 2020 for Skateboarding is such a game changer, many are working hard to ensure they are well represented. This has risen many questions among African skateboarders; if the continent is ready prepared? or will it be fully represented?

Skateboarding was added to the 2020 Olympic programme in August 2016, along with baseball and softball, karate, sport climbing and surfing. FIRS was selected as the world governing body, rather than a specific skateboarding organisation. This was because neither the ISF nor the World Skateboarding Federation (WSF) were eligible to apply because they were not recognised by the International Olympic Committee.

Since then many things have been done. With this decision being celebrated around the world also it was opposed. In February 2017 Brazilian Six-time Summer X Games park champion Pedro Barros has also vowed to boycott the Games to push for changes.

It came as the Brazilian Olympic Committee (COB) recognised the Brazil Roller Sports and Hockey Confederation (CBHP) as the body responsible for organising skateboarding competitions despite them having no experience in the sport.

A petition calling for the Brazilian Confederation of Skate (CBSk) to be chosen instead has so far received more than 13,300 signatures.

This April 2018, another bold move has been made. This move will soon impact the whole industry and very few does understand that.

The unprecedented pact comes in the wake of skateboarding’s inclusion in the 2020 Tokyo Olympics, and positions the newly anointed tour and championships as the primary path to qualification for Street Skateboarding at the Tokyo 2020 Olympic Games. The alliance represents the dawning of a new era in sport, where the complimentary skills and experience of an international federation and the leading commercial enterprise in the associated sport are united to foster the global growth of the sport.

With its powerful influence on youth culture and low barriers to entry, skateboarding offers a truly democratic opportunity for increased participation from all sectors of society. Plans for 2019 and beyond not only expand the tour to five (5), two-day events with open qualifying and double the number of competitors, but also evolves the format for the World Championships to a massive open and inclusive competition, and multi-day celebration of the sport and culture.

Underscoring the overall growth initiative is a specific emphasis on increasing female participation and solidifying a long-term “path to pro” for girls and women from around the world. As such, beginning in 2019, all events will include women’s competition.At the core of the organizations’ alignment is the shared financial commitment to foster the growth of skateboarding in every corner of the world. Toward that end, this year the organizations will create and manage a multi-year program to promote skateboarding as a vehicle for development, empowerment and education for youth in each of the World Tour/Championships Host Cities.

While many had questions on when qualifying are starting and what are process will be! We now have answers that, SLS will be running street skateboarding qualifier from January 2019 assuming new name as World Skate Tour or World Skate Championships around the world.

For the continent, the African Confederation of Roller Skating (ACSRS) is uncooperative as we can assume to say. The Organization is even hard to have a website however details we have the Organization had an opening for any member country to apply and run an African Street Skateboarding Championships 2018 of which we have not heard anything.

World Skate – President, Sabatino Aracu, said: “This alliance is indeed a huge step towards what World Skate has envisioned for Skateboarding: uniting the professional and grassroots components of this multi-faceted sport while supporting the growth of Skateboarding all around the world. I’m confident that World Skate and SLS will be working closely to make this happen and further spreading the joy of Skateboarding to youth worldwide.”

While the world celebrates this it should also know there are bodies now working on judging system.

Competitive Skateboarding has thrived for decades and many organization, both public and private, built different programs and professional Judges. World Skate’s aim is to enhance what skateboarding already built spontaneously, sharing experiences to structure a Judging program that is universally agreed and accepted. ISJC workshop will take place in China from the 17th to the 20th of April.

The ISJC is a group of expert judges coming from National Federations (NF) and Professional Event Organizers (PEO) that will come together to define Skateboarding Judging Criteria and procedures, as well as defining World Skate Judging Educational program. The group of 17 will meet in Nanjing for a 4 days work session, hosted by the City of Nanjing and the Chinese Roller Sport Federation and local promoter Crownboard.

The ISJAP is a group of expert judges coming from National Federations (NF) and Professional Event Organizers (PEO) that will review and make suggestions on drafts produced by ISJC. The Advisor panel includes over 20 members and will receive the first draft document by the end of May 2018.

SLS – CEO, CJ Olivares, said: “Skateboarding is an enormously positive force in the lives of young people, and our new alliance with World Skate offers us a rare opportunity to expand its influence and participation by sharing with the world what makes skateboarding unique and compelling.”

Two skateboarding disciplines will be contested in TOKYO 2020: Street and Park. Below some key information.

Continental Quota
A minimum of one athlete per continent will be guaranteed a spot for each event.

Host Country
A minimum of one spot each event will be guaranteed to the each event.

Judging
World Skate International Judging Program (WSIJP) was launched in December 2017 in order to rule on official judging criteria and system. The operations are run by International Skateboard Judging Commission (ISJC) a diverse group of National Federation and Sport Organizer Skateboard judging experts. The aim of WSIJP is to enhance what skateboarding built spontaneously, sharing experiences to build a Judging program that is universally agreed and accepted.

Olympic Skateparks
World Skate supports the idea of Skateparks being unique in design thus enhancing progress and creativity of Skateboarding. For this reason World Skate will not release any official Skatepark Designs for the Olympic competitions, but rather disclose criteria and examples enabling Skatepark designers to create Skateparks matching the Olympic standard. Specifications and norms will be released in the first quarter of 2018

World Skate – World Skateboarding Commission Chairman, Gary Ream, said: “World Skate’s partnership with SLS, the premiere professional street skateboarding league, firmly integrates them into the fabric of the Olympic movement. This integration protects the culture and history of Skateboarding while guaranteeing that the most talented skateboarders in the world will have the chance to represent their countries at the Tokyo 2020 Olympic Games. It’s a historic moment and we couldn’t be more excited for the future of Skateboarding on sport’s biggest stage.”

For the African Continent we have many questions to ask ourselves, are we ready?

SLS – General Manager, Kaitlyn Banchero, said: “SLS was founded with the mission of elevating the best street skateboarders to pursue their passion on a global stage, push the progression of skateboarding in an exciting and accessible live format, and shine light on the creativity and innovation central to the culture’s DNA. We appreciate the IOC and World Skate’s recognition of skateboarding’s immense positive influence and are thrilled to partner with the federation to architect a pathway to the Olympics that authentically showcases and serves the skate community and inspires the next generation of skaters and fans.”