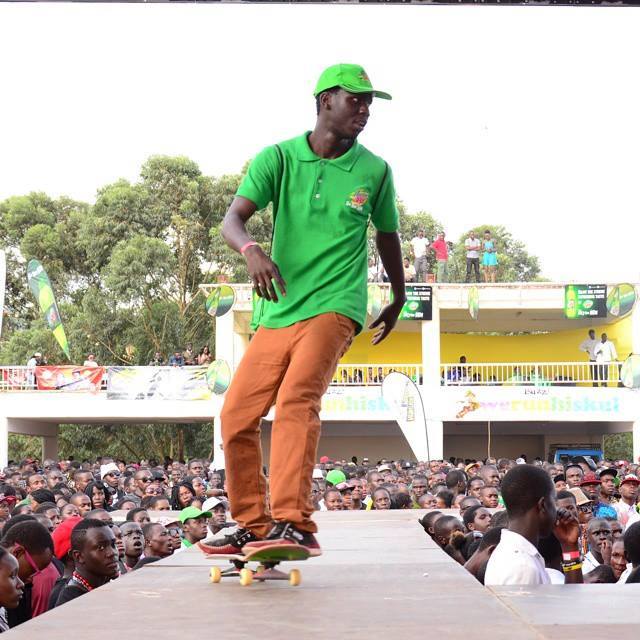 Are you sponsored by Mountain Dew? and how old are you?

Gose: Am 21yrs old and am sponsored by Mountain Dew Uganda.

That is great! What are your experiences being a brand ambassador using skateboarding?

Gose: I have used this chance to spread skateboarding culture in Uganda whereby I have reached almost in every corner in Uganda proving them that skateboarding is alive in Africa. .Besides that I was ever invited on several TV shows to talk about the Mountain Dew Skateboarding Experience. So being sponsored with Mountain Dew Uganda has contributed a lot to the skate industry.

Have you ever been on tour with Mountain Dew?

Gose: I started being on Mountain Dew Xtreme Tours since 2013

What impacts does skateboarding bring on your life and the community?

Gose: Skateboarding has brought a big change within the youth whereby it has decreased wrong doings and crimes such as taking drugs, stealing peoples’ property and besides that it has made the village so famous in other society.

From your perspective what can you say about skateboarding in Africa?

Gose: I think in 5yrs from now, skateboarding will reach 85% in Africa since it has been growing rapidly. Yesterday on Youtube I saw some rasta in Ethiopia who was training kids and I was so surprised to see that the game had reach that side.

Very soon we shall have be serious competitive skateboarders in Africa. When I started skateboarding we didn’t had people to teach us, we were pioneers in Uganda, took us  longer time to master easy tricks but now the new generation is watching what we do, learning more quickly that how it was for us.

That is great, what are the challenges that face skateboarders in Africa?

Gose: Talking about my Home, Uganda. The lack of Skate shops make us feeding on  donations from friends abroad, so the revenue charge us more for the  tax. 2.This hinder us to accommodate great number of new skateboarders but we keep sharing the small we have. 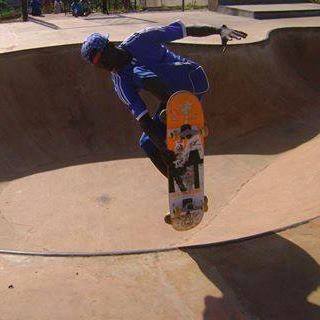 Why don’t you guys start shops?

Gose: Me and David once thought on starting our own shop and putting our own brands, but we lacked Equipments.

That is sad; Keep working there is always a way. Africa is waiting for your brands.

What can you tell us more about skateboarding in Uganda?

Gose: Uganda has one skate park and there are several different skateboarding crews/teams. I was signing a new deal with Mountain Dew Uganda. They are going to start supporting basketball tournament and they want skateboarders to perform after the Basketball games.

Gose: We got few skaters who are interested in vert skating but the majorities are much into street skateboarding.

That sounds great, Africa has few Vert Skaters. Someone has to get a Vert ramp in Uganda for them! What do you thing about skateboarding in Africa, what can you tell hard training Africa Skaters?

Gose: Stay focused, believe in their selves and keep spreading the culture all over the continent.

African skaters have to stay united than beefing each other, lets live this business of posting vulgar words on other skaters timeline and tagging with the intension of insulting others. Skateboarding is a game not a battle field.

Africa Skateboarding Diary Lol, sure It’s a game. Nice having you with us keep spreading Skateboarding In Uganda and share #skatediary to get more features